Mention the word Stutz, and the immediate response is most likely Bearcat. Rare is it that a car or manufacturer could be so indelibly linked to one model. The first Stutz, nor the last, would be a Bearcat. Harry Clayton Stutz built his first car in 1898. It was cobbled together from abandoned agricultural parts including a stationary gasoline engine and a binder chain for the final drive. He called it Old Hickory. It went both forward and backward – a feat many early tinkerers never gave thought to. Horses, after all, never really reversed well.

By the age of eighteen, Stutz decided that he wasn’t cut out for the agrarian life his family destined for him.  Despite having no greater than a grade school education, he left the family farm in Ansonia, Ohio for the closest industrial city – Dayton. There he met his wife Clara with whom he had a daughter Emma born in 1900. Stutz was a man of deep religious faith. His family was Pennsylvania Dutch and members of the Dunkard sect. His strong work ethic and mechanical aptitude quickly got him jobs with the David Sewing Machine Company and National Cash Register. He never seemed to lack employment, though he did leapfrog from one company to another.

Stutz moved to Indianapolis in 1903, a city second only to Detroit as a major automotive manufacturing center. One year later he was working for the G&J Tire Company. Before the year ended, he joined the Schebler Carburetor Company, but the result was the same. He wanted to design automobiles. In 1906 he got his wish as he became employed by American Motors where he designed a small, but pricey 35-40hp touring car.  It was not the Underslung for which the company would later become famous; rather, a conventional automobile, though fast for the times. He left American in 1907 to join the Marion Motor Company, still another Indianapolis firm, as its chief engineer.

It was becoming obvious to Stutz that he was better suited to being his own boss. By 1909 he designed a rear axle-mounted transaxle and left Marion in 1910 to strike out on his own. With the backing of financier Henry Campbell, he founded the Stutz Auto Parts Company whose purpose was to manufacture the transaxle of his own design. The business prospered, but Stutz really wanted to build a car he designed himself. In early 1911, he took on a freelance job to design a new car called the Empire financed by the men who recently decided to pave the Indianapolis Motor Speedway with bricks. The job took longer than inspected, but supplied him with the money… and the inspiration to build his own automobile.  Within a five-week time period, Stutz did just that.  Using a 389cid Wisconsin T-head four-cylinder engine and driven through one of his own transaxles, he built the first Stutz automobile. Perhaps most remarkable, Stutz announced that the new car would go racing… without any prior testing! It was to be entered in the first Indianapolis 500-mile race and driven by Gil Anderson, a former member of the Marion racing team.  Incredibly, the vehicle placed 11th out of 22 entrants without, in Stutz’s words, “A single mechanical adjustment” (flat tires excluded). He immediately adopted the slogan, “The Car that Made Good in a Day.”  With Campbell’s backing, he organized the Ideal Motor Car Company and announced plans for series production of the Stutz automobile. Cars began rolling off the assembly line in August 1911.

The first Stutz cars were similar to the Indianapolis racer. Three body styles were offered – 2-seat roadster, 4-seat toy Tonneau, and 5-seat touring car; all selling for $2,000.00. A coupe was added in November at $2,500.00 and in 1912, the famous Bearcat debuted starting at $2,000.00. It featured two bucket seats, no exterior doors, and an enormous bolster fuel tank behind which sat a toolbox and two spare tires. Optional were wire or artillery wheels. Top speed was a heady 72mph. It was a brute of an automobile, and despite the sexist connotations today, it had to be manhandled as much as driven.

Victories on the track and at hill climbs led to success in the market place, yet as a higher-priced marque, sales volume remained modest. Between the start of the company and the end of the 1913 model year, Stutz had delivered some 2,000 cars while yielding a profit of $400,000.00; quite a sum in 1913. Production increased to 1,079 for 1915 and to 2,207 in 1917, but trouble was brewing. The expansion and growth meant larger facilities. To finance them, Stutz decided to go public. A young Wall Street “whizz” named Alan A. Ryan, purchased a controlling interest in the Stutz Motor Car Company.

Stutz finally introduced an engine of his own design for 1917. Quite novel at the time, the T-head four-cylinder featured four valves per cylinder and developed a whopping (for 1917) 80 horsepower. The engine remained in production as late as 1924. Despite the growth and success of the company, Stutz became increasingly disillusioned with the way in which Ryan’s interest lay in the manipulation of the stock market rather than in making motorcars. Speculation in the company stock was rife; at one time the price-per-share exceeded $700.00!  Stutz had enough and fled his former company by 1919 going off to found two independent companies; the H.C.S. Motor Company (Stutz’s initials) - “The Car Born with a Reputation” - which produced cars until 1925 and the Stutz Fire Engine Company which remained in business until 1928. Of particular interest, was the fact that Stutz had no experience in designing fire-fighting apparatus. Once again, he was so confident in his product that he introduced it at the meeting of International Association of Fire Engineers in Kansas City, Missouri – a gamble which paid off when his fire engine performed flawlessly. Meanwhile, Ryan departed having become involved in the promotion of the Frontenac car. He was broke by 1922 and Stutz was taken over by Bethlehem Steel magnate, Charles M. Schwab. An overhead-valve 70hp six-cylinder joined the lineup for 1923 and the Bearcat would leave the roster after 1925 as buyers demanded greater creature comforts in an automobile.

The company stagnated during the early 1920’s. Quite simply, Schwab and his associates were not “car guys” and as a result, were slow to bring new ideas. Despite the new six, competitors in the upper-middle price range began introducing eights. Stutz finally migrated to left-hand drive in 1922; initially on closed models only. And, as late as 1923, most Stutz bodies were open; an eternity compared to the rest of the industry. Hungarian-born Frederick E. Moscovics arrived at the end of 1925. As the new general manager, he was given a “clean sheet of paper” and over $1million to transform Stutz. He quickly scrapped the existing models and commissioned a completely new car. Known as the Vertical Eight with Safety Chassis, the new car featured a 92hp overhead cam straight eight designed by Swiss-born Charles Greuter. The chassis featured central lubrication, four-wheel hydraulic brakes, and an underslung worm drive which enabled low, sleek bodies. The advanced car used wire-reinforced glass in the windscreen giving credence to the “Safety” designation. Five body styles of Brewster-design were offered at one price - $2,995.00, considerably lower than previous models which cost as much as $4,785.00. Gone was the rough and raucous image of the Bearcat which was apropos for Stutz a decade earlier. Brute force was replaced with elegant refinement.

The car was an immediate success with more than $3 million in orders taken in a single day at the dealer’s convention in December 1925.  Sales were a record 5,000 units in 1926 compared to 2,000 the year earlier. In 1928, engine output was increased to 115hp and a longer wheelbase model introduced in an effort to appeal to custom coachbuilders.  Most factory bodies adopted Weymann fabric construction and in the spring of 1928, Moscovics contracted with Charles Weymann to take his entire American output of bodies. Adding excitement to the lineup was the Black Hawk Speedster, successor to the Bearcat – beauty had replaced the beast, yet performance was never sacrificed.  At the close of 1927, it was the AAA Stock Car Champion and one year later at 106.53mph on the Daytona sand, it was recognized as America’s fastest production car.  Stutz ventured to Europe and LeMans placing second in 1928 and fifth in 1929. Meanwhile, prices escalated – a LeBaron town car cost $6,895.00 – and sales slowed.

Stutz, having long departed from his namesake company was enduring troubles of his own. A devoted family man for a quarter of a century, he became enamored of Blanche Clark Miller, a harpist for the Indianapolis Symphony Orchestra.  She was ten years his junior, and married.  Ultimately, both divorced and wed one another. The scandal that resulted rocked Stutz.  By 1927 both his H.C.S. and Stutz Fire Engine ventures were in receivership. He was bothered by the less-than-cool reception he received in Indianapolis social circles; so much so that he and his new wife moved to Florida.

Despite financial security, Stutz was unable to retire. He designed an aircraft engine which led to the formation of the Stutz-Bellanca Airplane Company. He was back in Indianapolis promoting the new enterprise in June 1930. On the 26th of that month following complications from a burst appendix, Harry C. Stutz died at Indianapolis Methodist Hospital at the age of 53.

The stock market crash of October 1929 would forever change the market for middle-upper priced cars. Yet like its competitors, Stutz built some of its finest cars during the Great Depression. The Indianapolis company responded to competitors Cadillac, Packard, and Lincoln (who were building V-12 and V-16 giants) with the eight-cylinder DV32.  Stutz lacked the financial resources of its competitors. Instead it served up a technical “tour de force” featuring twin overhead camshafts, four valves per cylinder, and hemispherical combustion chambers. Once again designed by chief engineer Greuter, the DV32 was shown in chassis form at the New York Automobile Show in late-December 1930.  Placed in the same chassis as the Stutz Vertical Eight (now renamed the SV16), the DV32 offered the same body styles for an even thousand dollars more in each case. The SV16 offered 115hp while the DV32 boasted 156hp and an astounding 300lb/ft torque good for a guaranteed 100mph. The Bearcat reappeared along with the more formidable Super Bearcat featuring the DV32 engine and a shorter 116” wheelbase.

Formal introduction of the DV32 did not follow until August and the Depression was in full-swing. History tells us that economic times were not kind to luxury marques and Stutz was no exception. Were it not for the financial wherewithal of Charles Schwab who assumed a controlling interest in the company that June, the car might never have been introduced. His personal resources added to the meager funds in Stutz’s coffers, he sent three “flying circus” teams of cars across the country in an effort to drum up business. Interest was there, but in the depths of tough economic times, the super car remained a dream for most. Between 1931 and 1934, fewer than 200 DV32’s were built. Company sales dwindled from 310 in 1931 to 80 in 1933 and just six in 1934.

In January 1935, the company announced that “it is not a part of the present program to continue to manufacture and sale of the Stutz car.” The present program referred to the production of a light delivery van called the Pak-Age-Car.  Stutz’s continued to be marketed in England in 1935 and a 1936 model was announced stateside leaving to speculation that there were parts available for the production of a new Stutz should anyone care to ask. On April 3, 1937, the Stutz Motor Car Company was declared insolvent in court and liquidated by 1939. Gone forever, was one of the great marques of The Classic Era and “The Car that Made Good in a Day.” 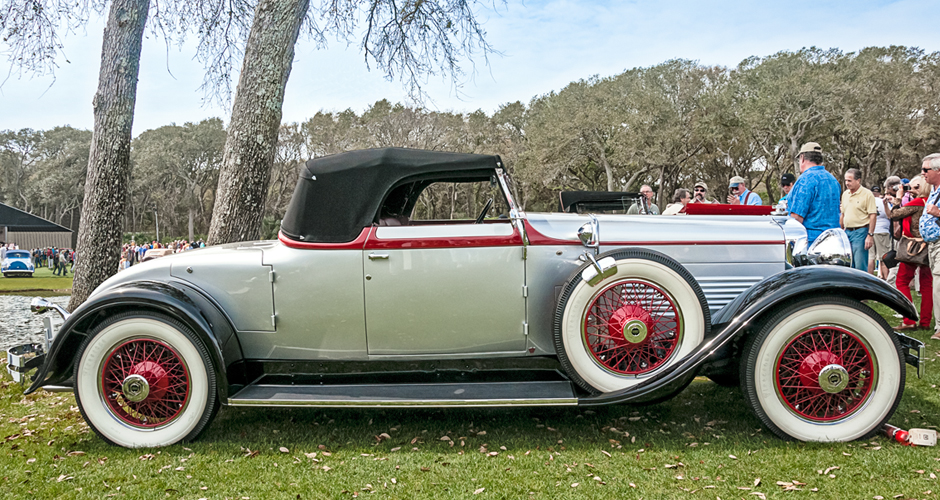 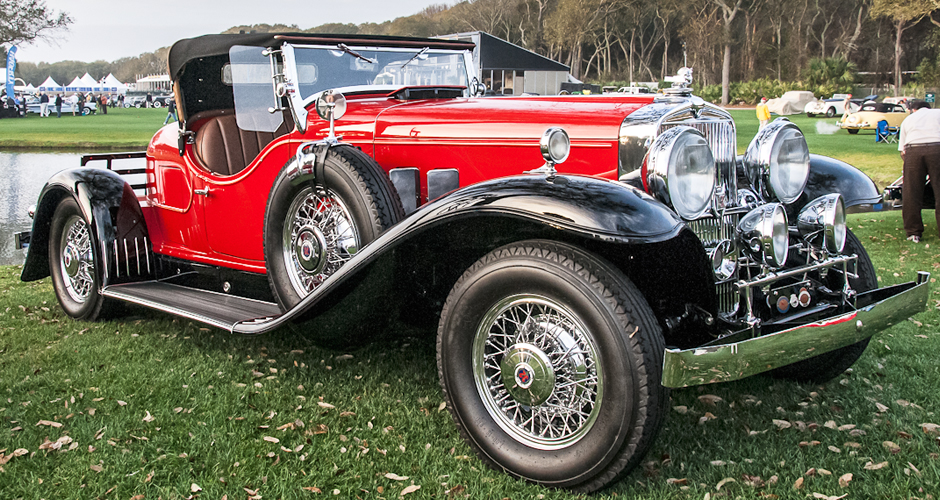 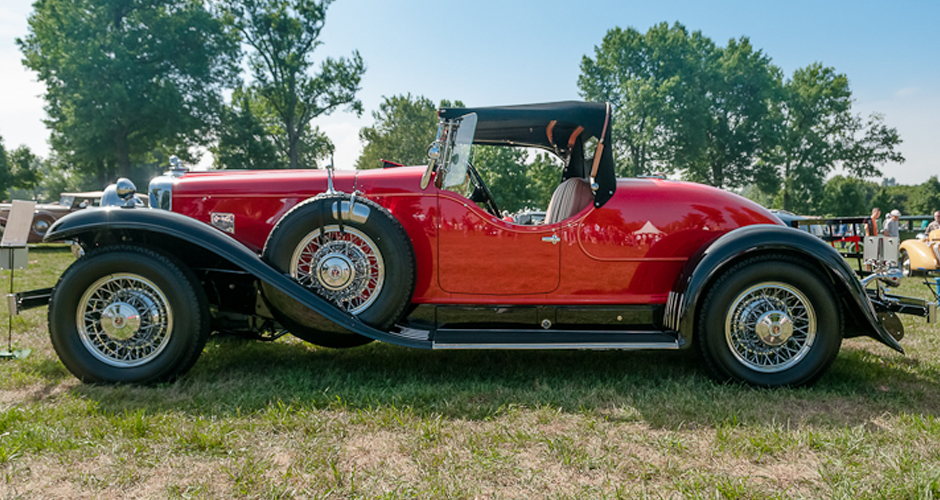 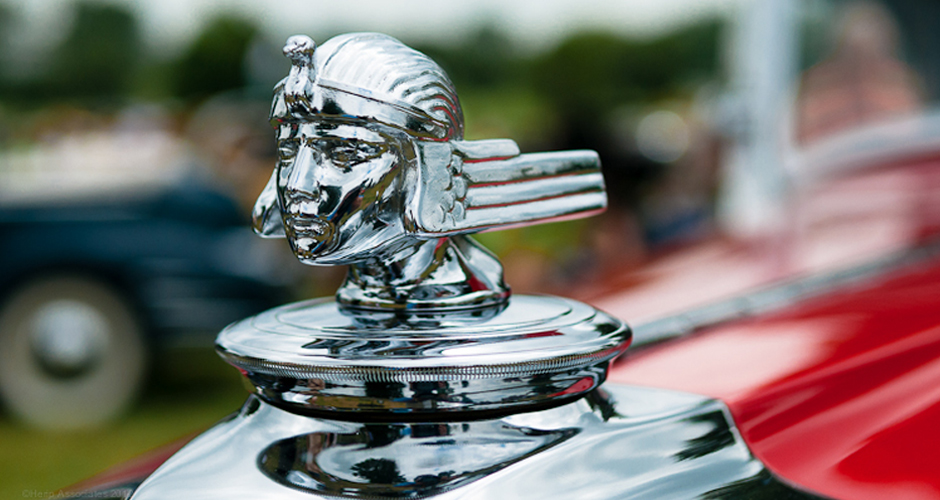