ALFA was founded in 1910 by a group of Milanese businessmen who wanted to be a part of the automobile trend. They named the company ALFA, which stands for Lombardic Automobile Factory Corporation. The first venture into the market was with a license to produce to build the French car Darracq. The cars were nothing special and the effort was not a success.

The decision was then made to produce cars with sporting qualities for the middle and upper price market and the results were better. Some of the Alfa models did reasonably well in important road races as the company expanded its line to include trucks and agricultural equipment. During World War I the investors sold out to Nicola Romeo and Alfa Romeo was born.

In the early 1920's Fiat was winning important grand prix races, something that Nicola Romeo wanted for his company, but his efforts at achieving victories came to nothing. He needed some one who could design a winner with the Alfa Romeo name on it. Romeo's solution was to hire talent from Fiat, an engineer called Vittorio Jano, whose first assignment was to design and build a winning grand prix racer. The P 2 Alfa's debut was the Lyon grand prix in France in 1924 beating Bugatti among others. In 1925 the P 2 car was so successful that Alfa won the first championship for manufacturers. With the manufacturers title in hand, the laurel wreath surrounding Alfa Romeo emblem was added to the nose badge.

Jano's next assignment was for a relatively small, efficient, high-quality sporting car, which was probably a response to the coming change in the grand prix formula that called for engines of only 1500cc displacement. This resulted in the 6-cylinder models having one or two overhead camshafts along with engine displacements ranging from 1500cc to 1750cc and ultimately to 1900cc. The most renown of these engines was the 6C 1750 with two overhead camshafts and a roots supercharger. These cars reached their greatest successes in Italy's premier sports car event, the Mille Miglia race, which Alfa won in 1929 and 1930.

Realizing the limitations of such a small engine, and most likely under some pressure from the Fascist government, work was begun on a new car in 1929 that finally appeared in 1931 as the 8C 2300. This was a limited production of fewer than 200 cars. The engine was a straight eight cylinder with two overhead camshafts, dry sump lubrication and a roots supercharger. It came in two chassis lengths, and was powerful and fast. The model won the Mille Miglia three times and Alfa owned France's premier event for sports cars, Le Mans, by winning there four times. Also included in this group was the Monza model, an open wheel grand prix car, derived directly from the short chassis sports car. Jano's next triumph was a single-seat racing car powered by a twin cam straight eight with twin superchargers. These cars, called the Tipo B or P 3, were difficult to beat in 1932 and preformed well in following three years of competition.

In 1934 a new, although fairly conventional, chassis appeared that was powered by a 2.3 liter 6 cylinder twin cam engine. Know as the 6C2300 and was intended to be a sporting passenger car. As the '30s progressed this engine was enlarged to 2.5 liters and was installed in the 6C2500, an entirely new chassis with independently suspended on all four wheels. Up to World War II many of these chassis were fitted with custom bodies from the best Italian coachbuilders and some were highly tuned that competed successfully in important sports car events.

From the mid 1930' s the state of the art in racing car design was centered in Germany lead by Mercedes-Benz and then Auto Union. In Italy, the only company capable of seriously meeting German technological challenge was Alfa Romeo. Their response was to put the eight-cylinder Tipo B engine in a modem four wheel independently sprung chassis that resulted in a series of state of the art single seat racers. Sadly for Alfa, they could never quite defeat the Germans who managed to keep just a step ahead. Alfa still could not beat the Germans in grand prix races, even with a sophisticated four cam V 12 engine – with the exception of a flash from BMW in 1940, the Alfa sports cars were a different story, especially at the Mille Miglia.

At the time that Alfa moved to all independently sprung grand prix cars they built a similar chassis and it could accommodate a two-seater body with fenders and lights that had an enlarged version of the Tipo B engine. This marriage became the 8C 2900 and was advertised for sale in a modest single sheet brochure to anyone with the large amount of money needed to buy it. Production for series-A cars from 1935 to 1936 inclusive amounted to a total of 10 chassis, most of which are best described as ugly two seat bodies intended for factory-sponsored racing. Series B that appeared from 1937 to 1939 or 1940 consisted of 40 chassis in two lengths, 30 short and 10 long chassis were made. Most were equipped with open two seat bodies provided primarily by Italian coachbuilders. At least 6 of the long chassis cars had closed grand touring coupe bodies. Some of these cars, built in the streamlined tradition of the late 1930s, are stunningly beautiful.

Another facet of Alfa history includes Enzo Ferrari who joined the company as a test driver just after World War I. From the beginning he was involved in racing and occasionally competed on his own. Some accounts have him being responsible for bringing Jano from Fiat, but a number of historians question that notion. Perhaps a more important part of Ferrari's career was the founding of the Scuderia Ferrari (Ferrari Stable) in 1929. A small group of motor sport enthusiasts set up Ferrari in Modena where he sold and serviced Alfa cars. This arrangement with the company included an agreement to prepare their cars for racing as well as hire and manage drivers to race them.

Automobile production was only a part of the Alfa manufacturing activities. It also built aircraft engines and this became increasingly more significant part of Alfa' s contribution to arm Italy for war. As with many businesses, the company could not sustain itself during the depression and in 1931 the government took over Alfa.

Through the 1930's both the factory and Scuderia Ferrari fielded racing teams that were often contests between two brilliant drivers. By 1938 the Alfa factory decided not to support Scuderia Ferrari any longer and the companies parted with the understanding that should Ferrari wish to market a car under his own name, he would have to wait five years. Meanwhile management tired of losing races to the Germans and let Jano go. He went to Lancia where he produced some brilliant designs.

After 1945 Alfa continued with the prewar 6C2500 chassis for nearly four years, but since they were receiving assistance under the Marshall Plan, the company was strongly encouraged to design cars for a mass market at a lower price. What followed was a brilliant but affordable 4-cylinder twin cam sports car that became a staple at amateur racing events for many years. It could be argued that the classic era at Alfa Romeo ended with the departure of Jano and Ferrari in 1938 punctuated by the production of the last of the 8C 2900 cars. The emergence of Ferrari as a manufacturer in 1946 carried on the Alfa tradition and in 1951 his cars ultimately defeated Alfa in grand prix racing As a final irony, in the last 20 years the brands Alfa Romeo, Ferrari and Lancia have all come under the Fiat umbrella. 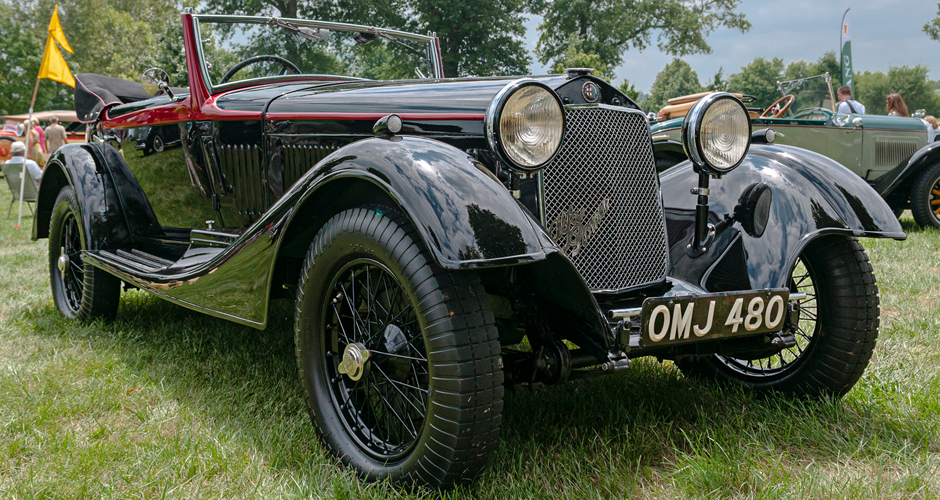 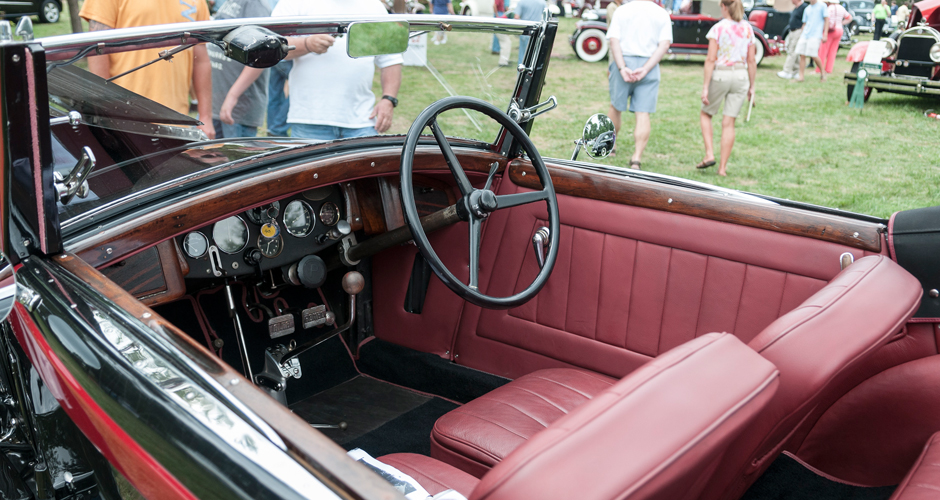 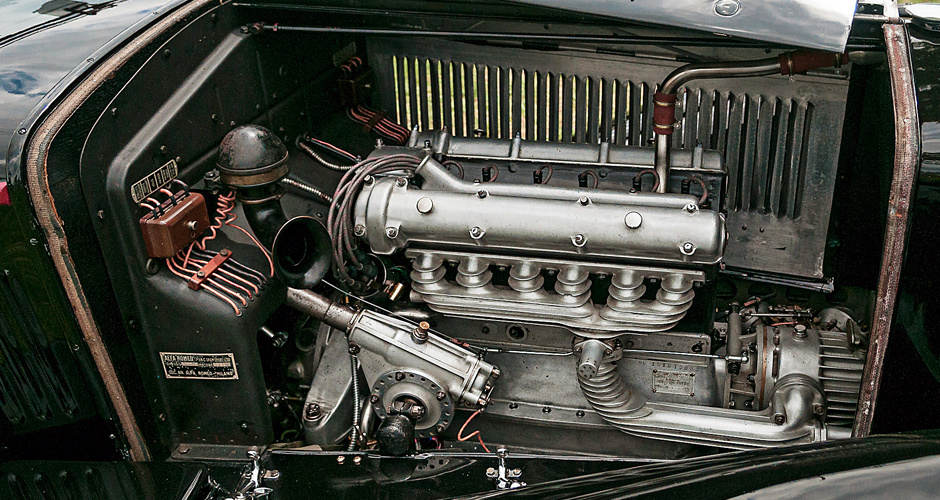 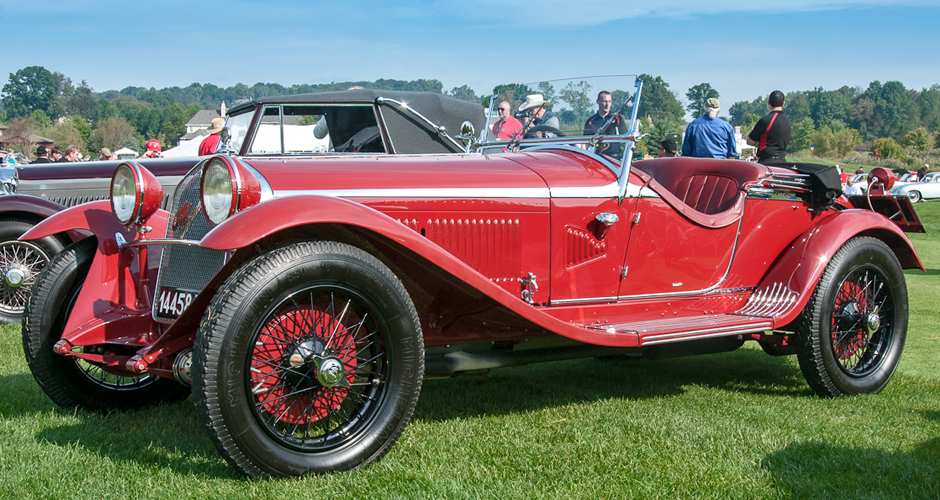