The First Lady of the Hobby – Beverly Rae Kimes

“No other industry, no other entity, combines the sparkling cast of unforgettable characters, the drama, the comedy, the tragedy, the whole spectrum of life, like the saga of how the world was put on wheels.” – Beverly Rae Kimes

John Emery, the archivist for the Auburn Cord Duesenberg Automotive Museum, once said that Bev “invented automotive history.” Suffice it to say inaccurate, but it is a tremendous compliment to her writing skills and the impact she has had on the automotive hobby. LIFE magazine once referred to her as the “nation’s foremost automotive scholar.” She received more honors and awards than any other author in the field of automotive history, having written countless books and articles for various publications. Five of her books earned the prestigious Nicholas-Joseph Cugnot Prize for the best book of the year from the Society of Automotive Historians, which has also awarded her the Karl Benz Award for the year’s best automotive history article on four occasions. In 1993, she became the first historian to receive the Distinguished Service Citation from the Automotive Hall of Fame. 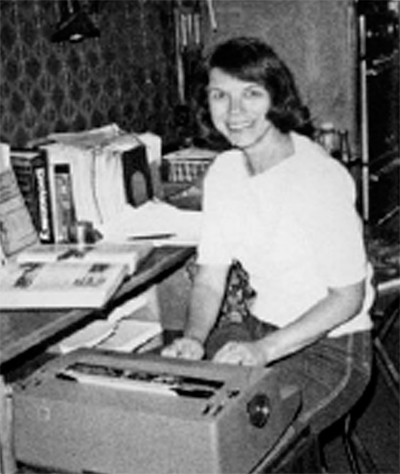 Beverly Rae Kimes was no doubt a woman with a mission: to share her love of automobile history with the rest of the world. She said, “No other industry, no other entity, combines the sparkling cast of unforgettable characters, the drama, the comedy, the tragedy, the whole spectrum of life, like the saga of how the world was put on wheels.” She began writing automotive history upon landing her first job as an editorial assistant at a fledgling year-old publication called Automobile Quarterly back in 1963. “My first assignment was a history of the Curved Dash Oldsmobile and I was hooked.” She conceded in her initial job interview with Editor Scott Bailey that her possession of a driver’s license was the extent of her automotive knowledge at the time. Bev spent eighteen years at AQ, with the last seven serving as the editor. Among the 15 books she wrote, the most memorable and well-referenced have been Packard: A History of the Motor Car and the Company; The Star and the Laurel (a centennial history of Mercedes-Benz); and the indispensable reference The Standard Catalog of American Cars 1805–1942, which she wrote along with fellow automotive historian and collector Henry Austin Clark Jr. From 1981 until her passing in 2008, she was the editor of the CCCA’s The Classic Car magazine, The Classic Car Bulletin newsletter, and the award-winning book The Classic Era.

Pioneers, Engineers & Scoundrels: The Dawn of the Automobile in America best reflected her love of automotive history. She modestly acknowledged it was a book four decades in the making and a culmination of all her research and knowledge to date. For her efforts, she received the 2005 Lifetime Achievement Award honor from the International Automotive Media Awards, as well as the Best of Books honor. Her final work was a book entitled Walter L. Marr, Buick’s Amazing Engineer, a collaboration with husband James H. Cox.

Beverly Rae Kimes was a remarkable woman who continues to have an immeasurable impact on the automotive hobby. Angelo Van Bogart, writing in Old Cars Weekly, noted that upon first meeting Bev, he felt like he was meeting a star. “She may not have been Hollywood royalty, but she certainly was the automotive equivalent.” Her eloquence and masterful command of the English language was second to none. Although she is gone, her volumes of work live on for us to read and enjoy, giving all of us the ability to know Beverly Rae Kimes, the ‘Grande Dame’ of automotive history.” I met Bev in the late 1990s, as she and I were both part of the Concours d’Elegance of the Eastern United States (commonly known as the Burn Foundation Concours). I was serving as a judge and member of the car selection committee and Bev as none other than Grand Marshal, which was a duty she fulfilled no less than 16 times. Our conversation was essentially one-sided and limited to my praise of her stellar performance. I remember her saying, “Thank you, young man.” I was intimidated just being in her presence. It seems funny now. 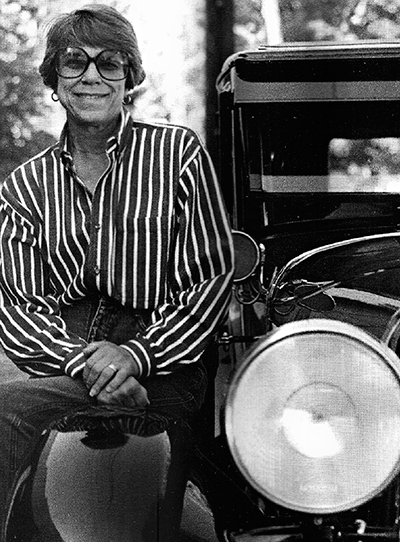 It was protocol at the concours to parade each car of the 150-car show field, and Bev’s job was to describe each as it passed the reviewing stand. It was a daunting task that lasted three to four hours. The audience (including me) was mesmerized, hanging on to her every word and fascinated by her ability to tell a story. I wondered, “Just how did she manage to convey that mindless minutia and useless car trivia to both the concours audience at-large and the car collecting community?”

Over the years, Bev and I became regular telephone and e-mail combatants. One thing is for sure, she had no trouble voicing her opinion, yet she always offered it so eloquently. Her husband Jim told me, “Bev had a way of cussing you out. But you had to go to the dictionary to know what it was she said.” She encouraged me to become a writer, and as my mentor, she taught me how best to tell a story, for which I remain forever grateful. She told me, “Behind every great car is a great story.” I learned adjectives heretofore unknown when it came to describing cars: delicious, delightful, swoopy, sexy, grand, and marvelous . . . to name a few. She made sure I pronounced things properly too. “Hey, I’m a car guy. I know this stuff,” I remember telling her. I didn’t. “Pontiac builds a Grand Pree, but when describing the race, it’s the Gran Pree of Monaco. You vacation in the Car-ri-bee-an, but Packard built a Ca-rib-be-en. Chickens live in coops. Cars are coupays.” She spelled things out phonetically, even in her e-mails, to make sure that I would pronounce them correctly. We never did agree on correct pronunciation of the Belgian coachbuilder D’leteren Freres.

I recall a conversation with fellow writer Leigh Dorrington after Bev passed. I learned that he considered Bev his mentor too, and he mentioned that after completing whatever it is that he is writing, he asks himself, “Is that what Bev would say?” Funny, I do the exact same thing. Rarely a week goes by that I don’t open the Standard Catalog of American Cars, and in addition to being the bible on pre-war cars, it serves as a constant reminder of my friend.

I treasure the inscription that Bev wrote in my copy of Pioneers, Engineers & Scoundrels: “For Bill Rothermel, friend, colleague, and fellow historian.” Simple words, but they mean volumes. I am grateful to have known Bev and to have learned so much from her. And now, as an automotive historian and writer who serves as the color commentator/master of ceremonies at many concours throughout the United States, I do just what Bev did. But, I always remind myself as cars pass the reviewing stand, hard as I might try, “I ain’t no Bev Kimes.”

“She May Not Have Been Hollywood Royalty, But She Certainly Was The Automotive Equivalent.”

Bill, an automotive journalist and historian, is actively involved in a number of concours events around the country and frequently serves as the master of ceremonies. He regularly contributes to RM’s auction catalogues and publications, as well as a wide variety of industry magazines, for which he provides event and auction reporting.