The Legendary automotive artist Art Fitzpatrick passed at 96. His surviving wife, Betty, is a planning a tribute to be held on his birthday, Tuesday, November 24th in Carlsbad, California. She has asked us to solicit stories and comments from people who knew him to be read to the attendees. 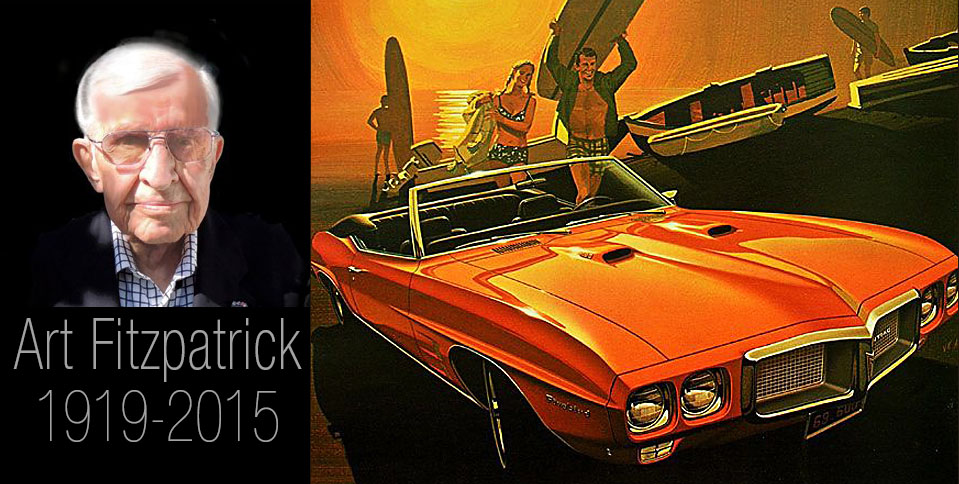 Fitzpatrick, or Fitz as he as known to colleagues and students, is best known for his illustrations for Pontiac, executed with Van Kauffman between 1959 and 1971. Fitz’s career began in the late 1930s, with an apprenticeship at Briggs Body with John Tjaarda. After the Second World War, he moved into illustration, working with Mercury, as well as Lincoln, Plymouth, Kaiser and Buick. It was during this period that Fitz brought in Van Kauffman. A former Disney animator, Kauffman painted background scenes and people for Fitz. The richness of Fitz’s car renderings, combined with Kauffman’s scenery created renderings of great richness that became high demand illustrations during their work together. By 1959 Fitz and Kauffman landed an exclusive contract with Pontiac, and the golden age of both of their careers was launched. The pair created 285 illustrations for Pontiac over a twelve-year period.

Executive Director, Jay Quail remarked, “Art was one of the true “Classics” that we will all miss. In so many ways he embodied our club and what it has come to stand for. Being named an Honorary CCCA member, he was an ambassador of the club. Fitz emulated our ideals and values and what we have come to cherish about the Classic era. His early work in car design is what came to be one of the high points of the industry. Later, as he continued in the auto business, his work was revered and respected by all of us. He had a unique ability to represent the trends of the world around him.” 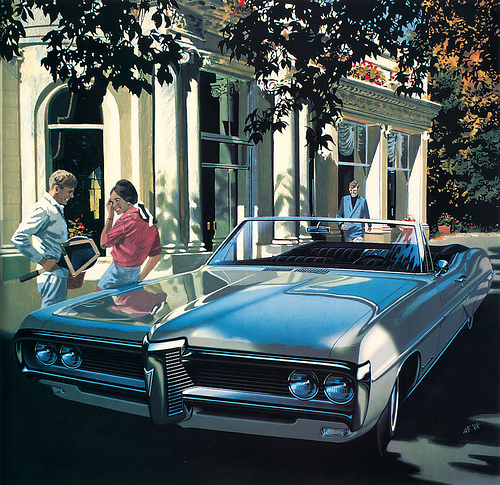 Mike Ames, Arlington, Texas owns a one-of-a-kind, 1940 Packard Darrin Sport Sedan that was Art Fitzpatrick's first automobile design created while working for Dutch Darrin in the late 1930's. Mike commented, “We rescued that car, spent seven years researching and restoring. It was my highest point in this wonderful hobby to have the car and Fitz together at Pebble Beach in 2007. He was also a "one of a kind."

Fitz won numerous awards for art, product, graphic, and architectural design in national and international competitions, screen credit for consulting on Pixar-Disney's hit film CARS, and Silver and Gold Creativity Awards for two series of U.S. Postage Stamps, recipient of Art Center College of Design's Lifetime Achievement Award for Contribution to Art of the Automobile. The AFAS has created the "Art Fitzpatrick Award" for "A Body of Work" to be presented annually at the Pebble Beach Concours.

His career spanned over seventy years and had a talent we’ll not see again. His work can still be seen on his website at http://www.fitz-art.com 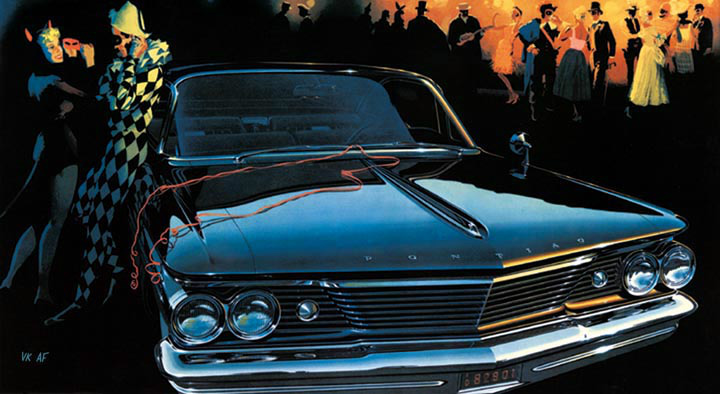